Based on Ottolenghi’s recipe – these never fail to impress

Spread caster sugar on a large flat baking tray lined with parchment paper. Place in oven for approximately 5 minutes, being careful it doesn’t start to burn. In the meantime, whisk the egg whites with an electric mixer until it is frothy. Take the sugar out of the oven and tip into the egg whites carefully, containing to whisk briskly. Keep whisking until the mixture is shiny white and silky. Put half the mixture in another bowl.

Lower oven to o 100°C
On another baking tray lined with parchment or greaseproof paper, scoop the mixture from one bowl with a large spoon onto the tray, scoop a further 5. Crush the pistachios in a bag, banging them with a wooden spoon or rolling pin. Sprinkle on top of the meringues.

Put chocolate in a small bowl over a pan of simmering water and melt. Swirl the chocolate into the remaining bowl of meringue and similarly scoop onto separate baking tray. Sprinkle with hazelnuts.

Place in oven for at last 2 hours until hard on the outside. They will keep for several days if they have not been devoured….

Approximate cost £6.00 (50p each – if you bought them they would cost multiples…) 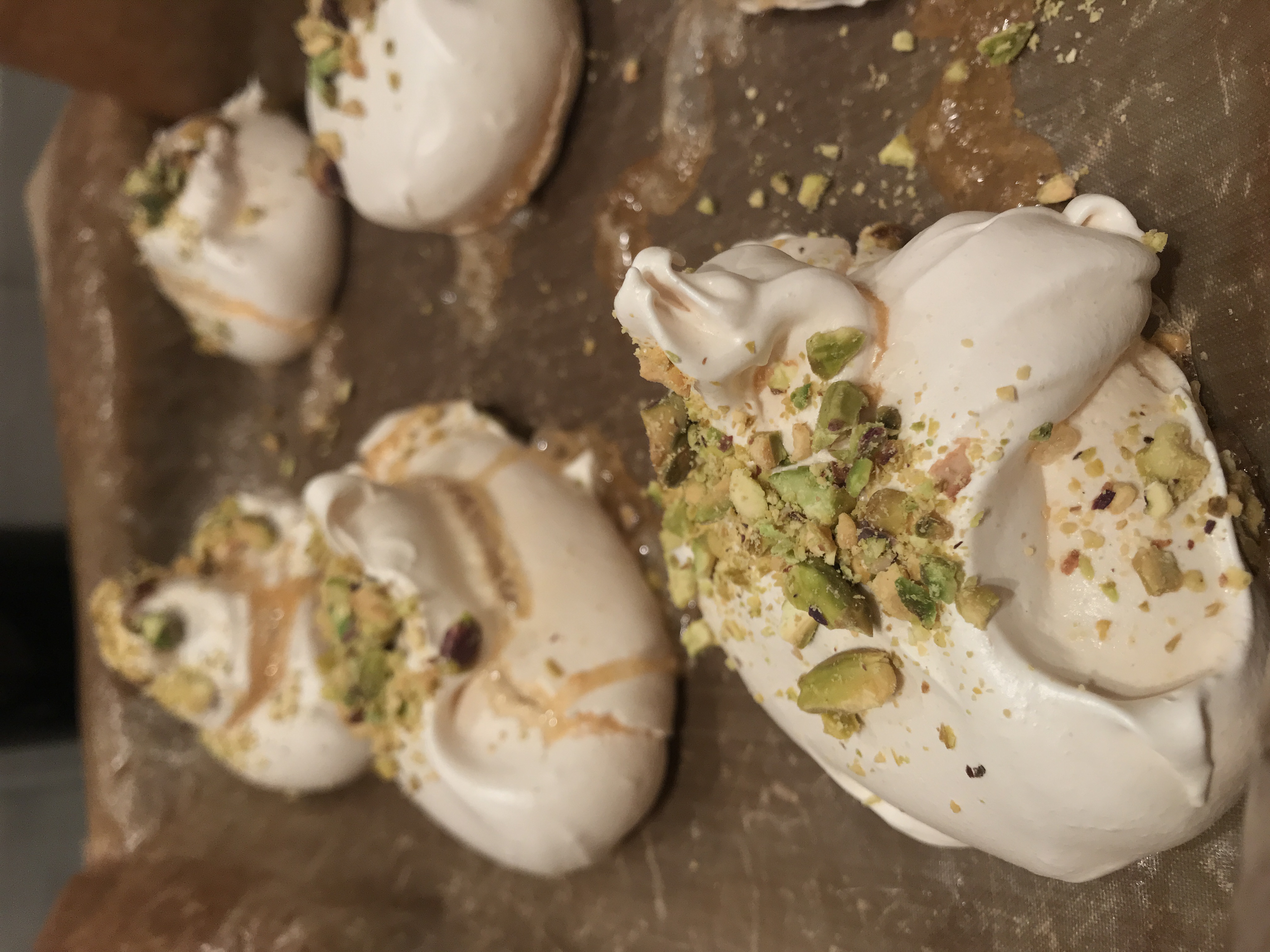